Thank you to all who came out yesterday for our reading party!

The talent in this class was astonishing, and so I thought I’d share some writing we did in the course with the Frequency community.

The piece below is by Dylan Itkin, who is also a filmmaker. One day in class, I asked everyone to bring in one object, and we used these objects as inspiration for a story. Can you guess which objects people brought in?

Dylan and his brother, Ethan (whose writing will also be published on this blog) made a film that will be shown at the RISD Museum as part of the Providence Children’s Film Festival at noon on Feb. 23rd. The event is free, and their film is titled Robot and Boy.

A Life In 10 Objects: The Story of Lewis 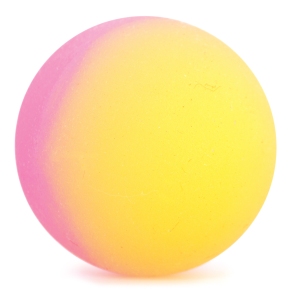 At school, Lewis was becoming a boy genius, mastering college-level math problems in mere seconds. Still, he couldn’t help but be unsatisfied. After giving up on bouncy balls, he was ready to start something new.

One day, family was visiting for Christmas and everyone was passing around presents. When Lewis unwrapped his gift he was…confused. “It’s a drum pad for you to play on. We thought you might like it!”, his parents said in a hopeful tone. Lewis tossed it aside but a few days later he decided to try it out.

Within a few months, Lewis was a drumming-genius. He practiced every day for four hours, playing hundreds of drum hits in a mere 60 seconds. By the time his parents got him a drum-set, Lewis was a natural. Soon he started traveling around the world to play concerts for stunned onlookers. In fact, Lewis (now 15) even befriended Thomas Edison, who happened to be at one of his concert. After one of Lewis’ concerts, Edison told him about his new invention: the phonograph. Edison said it would be able to record and play back sound. “Would you like to have your drumming be the first recorded sound of all time?”, Edison asked. Lewis said “Yes”. It never really worked out but it did mark the beginning of a lasting friendship.

One day, Lewis was performing when a dog burst into the small concert venue. Knocking into a vase, shards of pottery flew everywhere. One struck Lewis, making it hard for him to move his left arm. And so was the sad end of Lewis’ drumming career.

Lewis, 18, was ready to go to college. He went to a number of prestigious universities and further developed his intellectual brilliance. He again became fascinated by math and science and decided to become an inventor, after he was done with school.

Lewis quickly realized he loved inventing things so much he decided to keep doing it. So, he decided to assist his friend Thomas Edison in building the lightbulb and the moving picture.

Next, he started a jewelry company making elaborate rings. Then he went into business as a toymaker and helped popularize Matryoshka dolls for Americans. Lewis even became a renowned photographer, thanks to his incredible nature shots. He even made his own DIY camera! After stepping away from photography, Lewis started making sneakers, notebooks, and pencil lead.

Lewis still felt unhappy with his accomplishments. He wanted to do something truly incredible and lasting, that was his. He decided to go back to drumming because his left arm was feeling better. After recording a comeback album, Lewis performed for millions during one last concert. It was a truly miraculous drumming spectacular.

Before he passed away, Lewis started sketching out his plans for making holograms a reality…just one of the many inventive plans he had left after life full of invention.

Let us know what you think. Cancel reply